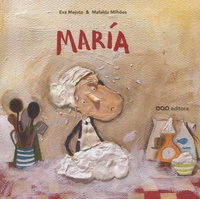 Maria Figueroa first appeared on Sesame Street in 1971, arriving on the street as a Puerto Rican teenager and taking a job at the Sesame Street Library. The library was later converted into the Fix-It Shop, where Maria was hired in Episode 0832 (and later promoted to full partner in Episode 1563).